We have been away from home for almost three weeks now, the past two of which we have spent here in Palmer Lake, Colorado (check out this link to learn more about our training) and the first week, as Toffer mentioned, traveling through the Midwest.  We started with a visit with our regional director and his family a little outside of Chicago and headed west from there.  We got to see some friends/supporters in the quad cities (which included a stop at the John Deere Pavilion in Moline, IL-the boys LOVED this impromptu adventure) and spend a night there, then we headed to Ames, IA, for the bulk of that week.

For those of you who don’t know, I lived in Ames for five years of my life-sixth through tenth grade-and my mom grew up about 30 minutes away from there in a tiny town called McCallsburg.  We realized as we were getting close to Ames that the three previous trips there had been for weddings and were short trips and that the last time we were there for any appreciable amount of time without scheduled activities was almost 10 years ago to the week.  I was a bit giddy about the opportunity to actually spend time in Ames-to see the places that shaped me for five years.

As we drove through the streets I could point out houses where so and so lived (and most of so and so’s parents still live).  We drove by the elementary school where I went to sixth grade (Samuel thought the playground looked cool), the now-closed middle school (a much-needed new one was built close-by), and the high school. It made me feel connected to a part of my life that I think I’d become somewhat disconnected from.

We spent time with my mom’s sister and her family and my mom’s brother, including a visit out to the family farm so the boys could ride on a tractor.  Great Uncle Dan was more than willing to do this, though Samuel insisted that Mama also drive him around in the tractor. I complied and Toffer posted a video on Facebook for those particularly interested.  We also went to Iowa State University’s campus where my grandfather was a botany professor for years and years and my parents, brother, and several other family members attended at various times in the past five decades. It was bittersweet to stand at the office that used to be my grandfather’s office and see someone else’s name on the door.  And it was bittersweet to go to the farm where I used to ride the tractors with my grandfather and then go eat my grandmother’s home cooked meals and know that I will not see them again until we are reunited in heaven.

We crammed a lot into our days in Ames. I loved getting to see so many friends and catch up with supporters there.  I loved showing Toffer places he hadn’t seen in previous trips and especially introducing our boys to a part of my family’s history that they hadn’t seen yet. And what I loved the most is that Ames still had a feeling of home, even after not living there for 14 years. It was nice, it was comforting. What was so great about it was that I felt such freedom to be able to call more than one place home.  Murfreesboro is just as much home as Ames is and I hope that our new place of residence in Asia will also one day feel like home without having to feel like I’m giving up something I left behind.  Ames will always have a feeling of home. Murfreesboro will always have a feeling of home. And I hope one day the city where we will live in Asia will also feel like home. 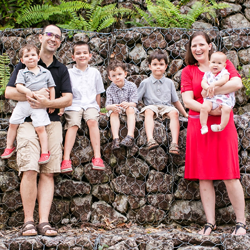